It’s been a bit quiet around here lately but that’s because I’ve been away on the Annual Fambly Camping Trip. This time we went to Horne Lake on Vancouver Island and even though the weather wasn’t particularly cooperative it was rather fun. 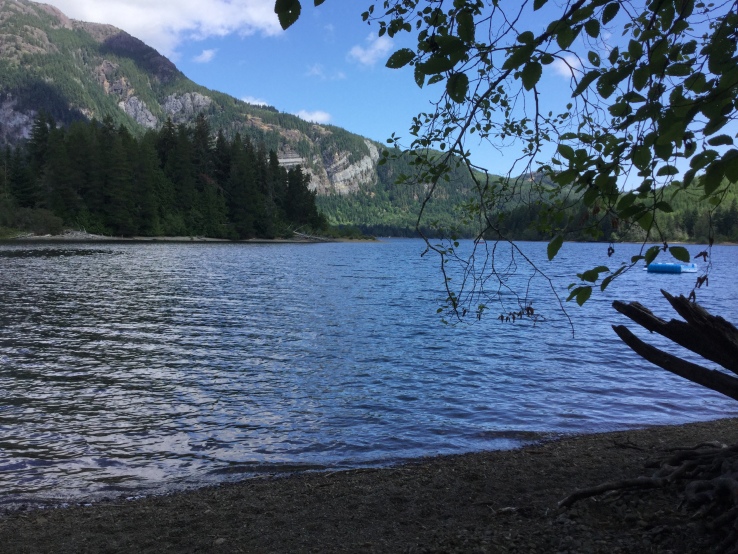 The campsite was excellent and only a short path to the beach. We managed to squeeze in some swimming and some relaxing with books and a cider between rain showers. The whole gang attempted to explore the Horne Lake Caves. Here’s the intrepid cave explorers: 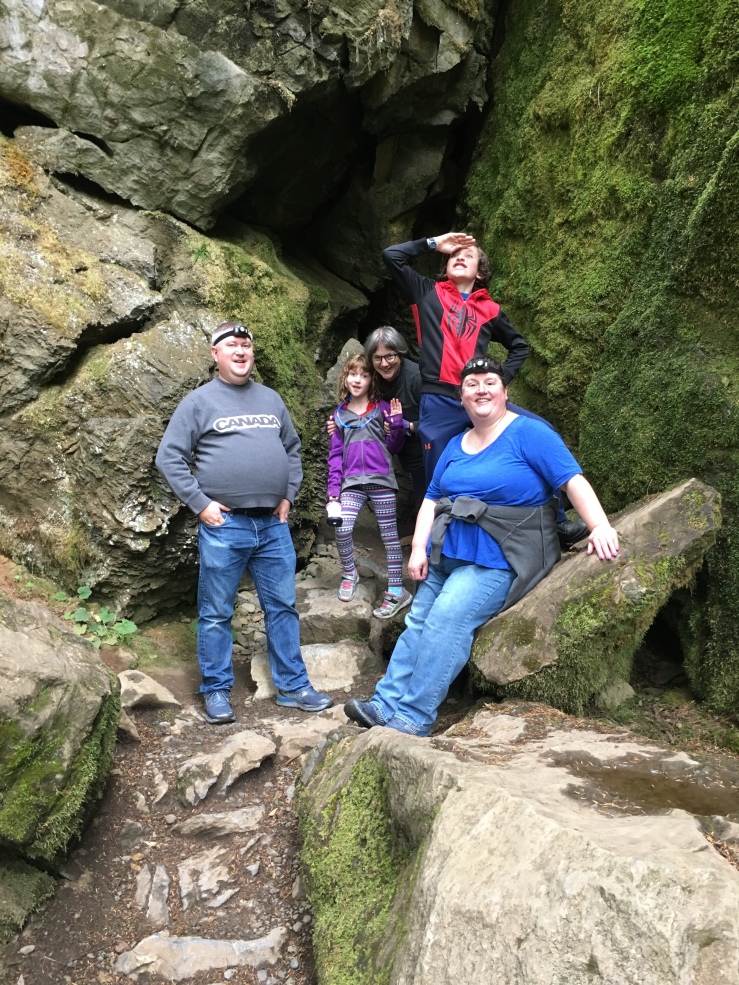 Minus the Grandpa acting as photographer. One half of the party (aka my daughter, son-in-law and granddaughter) made it about a couple of metres in. Thom and I and our 12-year old grandson (our son’s youngest) made it about twice as far. Same for the second cave we tried. Even though Thom and I have explored lots of cave systems over the last 15 years or so, these caves are undeveloped and a quite difficult for the average person. We didn’t go on a paid cave tour which may or may not have been more accessible. However the guides were definitely not very forthcoming on ability levels needed even though we asked explicitly. Kind of disappointing really. Eventually the other half went back to camp while The Boy and Thom and I hiked up in the (warm) rain to one last cave. We made it a little further into this one with some delicate maneuvering to get down a ladder. At least we could show The Boy how dark it is in the caves when you turn out the lights! Then he found an alternate exit: 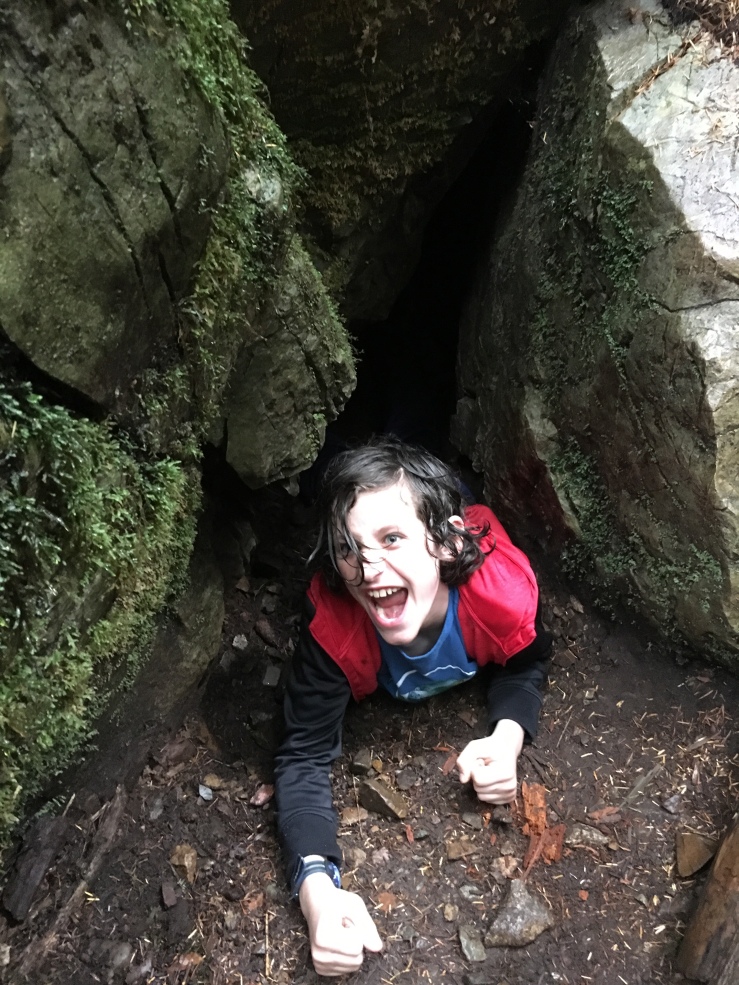 As his first caving experience I think he was fairly pleased! I wouldn’t consider this that great myself though because I’ve definitely been in much better and more accessible systems. I’m sure that stronger, young, more athletic people could have gotten much further than we did. Whatever. We did what we could and enjoyed it as much as possible.

My other project for this trip was to knit a hoodie for a pig. 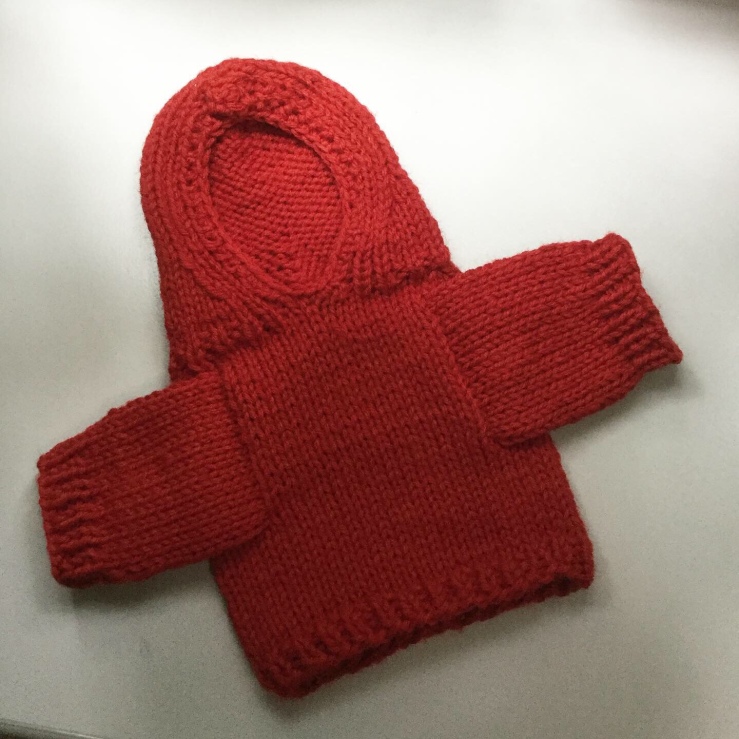 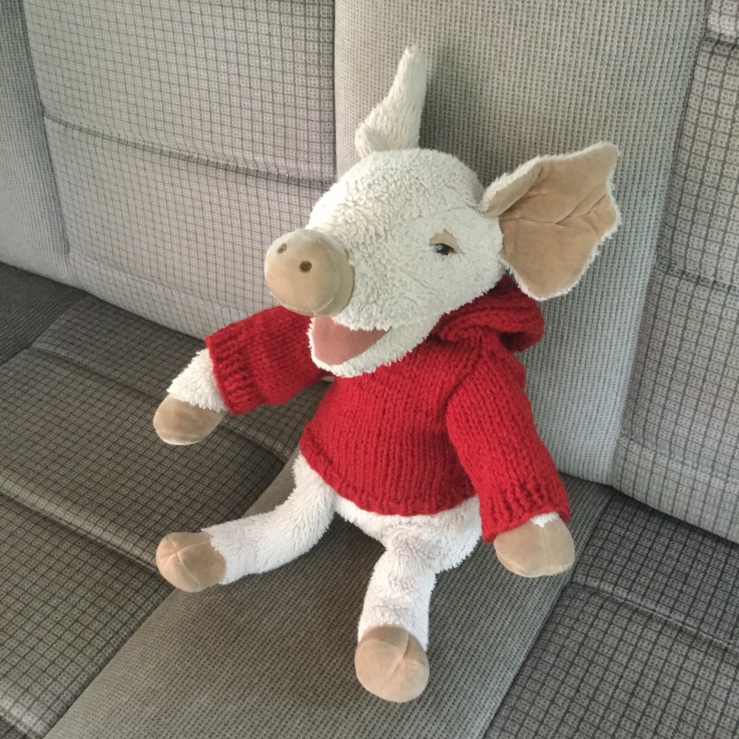 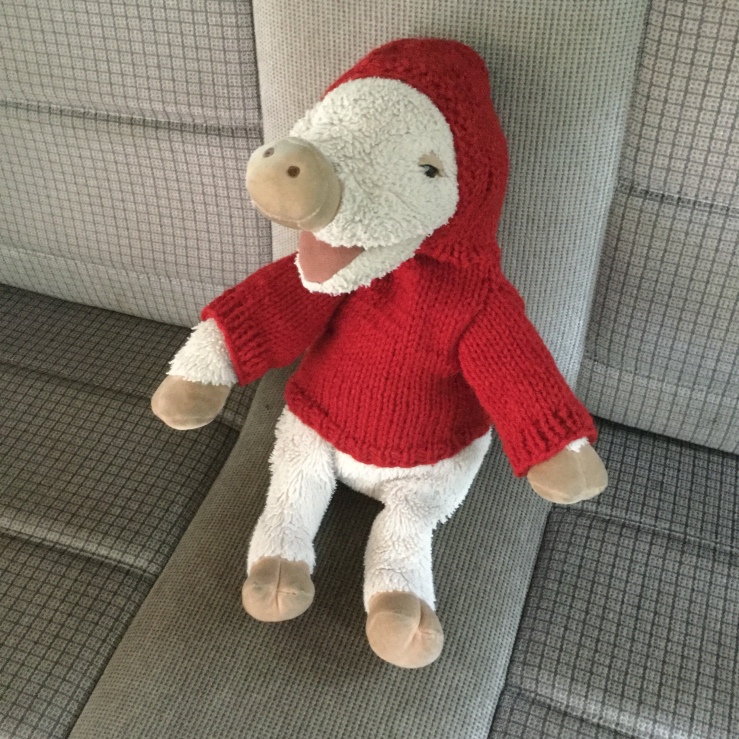 The special request was a sweater for Waddles. I brought yarn and needles and The Boy brought the pig. Lots of measuring and trying it on with no actual pattern but I think it turned out okay. Some random knitting worsted from the stash, size 5mm needles and a couple of days of knitting and there you go! A final round of crochet to snug up the hood opening and both the pig and The Boy were very happy.

I have to admit this has been rather an odd summer so far. Cool and cloudy and occasionally wet. I have to admit that’s better than last year’s forest fires and smoke. You takes what you gets, right? Forecasts are calling for warmer weather coming up so I’ll be complaining about having to water. No pleasing some people!

Back to the sewing machine.

Leave a Reply to Sharon in Surrey Cancel reply